In October 2019 I took my first nervous steps into a new role as a communications consultant for i3Works, and began my first client-side placement for them, which was to support a project delivering the MODCloud hosting solution.

As the saying goes: “you’re never too old to learn”. So, as my seven-month stint comes to an end, I am now looking back at my time within MOD’s Application Services and DevOps Team, or ASDT as it is best known, to see what lessons I can take from it.

I believe the most important lesson I’ve learned is the benefit of bringing in consultants. Yes, I know; I am one, so I would say that, wouldn’t I? But hear me out. After spending years in local government communications, one of the sticks we would often be beaten with by the local press was the amount of money spent on consultants and how it could have been spent on X binmen or Y social workers. In retrospect, I don’t think we challenged these arguments well at the time. We could have put forward a good counter about the need for subject matter expertise, ensuring effective knowledge transfer and upskilling, the finite duration of the contract, and much more. I don’t think we ever did. Indeed, on occasions where the consultancy was a result of bad succession planning, we even felt that the media had a point.

However, working within ASDT I have seen first-hand all the positives consultants can bring to a project. In the defence sector, MODCloud was an unknown entity: a centralised application hosting service bringing the best of industry hosting platforms into one place for defence customers to consume on a pay-as-you-go basis. Clearly, this is a hugely ambitious and challenging project, and the need for additional support to get it up and running was identified as part of the initiation process. Skills and enthusiasm are great, and the team within ASDT has those in abundance, but if you’re unfamiliar with the territory, it’s better to have someone with the necessary experience to guide you through it if you’re to navigate it successfully. This is one of the main reasons why the project specifically called for a delivery partner to support the MoD with its development.

Apologies for the football metaphor, but you can have all the Messis and Ronaldos of the world in your team, and when they click, the results will be brilliant. However, sometimes you have to go beyond admiring the talent and look to plug the gaps in even the most eye-catching line-ups. Looking great going forward and scoring spectacular goals is no good if you can’t defend, have no goalkeeper, and everyone wants to play the same position.

So, after assessing the strengths of their team and identifying where the gaps were, ASDT’s leadership called on consultants for support. Where ASDT felt that their ITIL/waterfall-based project management didn’t suit requirements – for instance in DevOps, where the ‘fail fast’ mantra applies – experts in Agile P3M practices were brought in to align two methodologies into a coherent, workable format. Where additional customer and stakeholder engagement expertise was needed, people were called upon who have done this kind of thing previously. And key to all this; the necessary cloud hosting infrastructure experience resulted in solution architects with a background in standing up similar projects being brought on board. It all makes sense.

Not only did this allow the project to get started, but it also gave internal staff the chance to learn from people who’ve been there, seen it and done it, while allowing the service itself more time to evolve its processes and source and/or train the people who will take the finished product forward once the project is complete. The front-loaded outlay on experience, expertise and specialist skills is worth it in the long term to achieve sustainable success.

A colony of consultants

This is why, among the MOD employees within ASDT, I found myself working alongside other i3Works consultants in service management, as scrum masters, in customer engagement and more, as well as technical experts from CACI and Netcompany. The team was additionally boosted by people from cloud hosting platform providers such as Amazon Web Services, Microsoft, and Prolinx. The whole system worked so smoothly that, to an outsider, you’d have struggled to spot the consultants, which is testimony to how well they embed into existing teams, how much they are relied upon, and how hard they work.

The role of good management

All this is can be attributed to the leadership within ASDT. I expected: military, ergo rigid hierarchy and regimented ways of doing things. I was wrong. The drive to deliver never dissipates, but the freedom for people within ASDT to contribute, challenge and collaborate is amazing. The work gets done, and it gets done with a smile on people’s faces. This is led from the top by Brigadier Sara Sharkey, through her senior leadership team and assistant heads, all the way across the service. Nobody locks themselves away from the masses and every single person is approachable and accessible. The leadership provide direction, but they also provide support and join in discussions, listen to ideas and feedback, and are not shy about publicly crediting teams and individuals for their work. Even the most forward-thinking private enterprises could learn about modern people-management principles from this team.

An ability to spot capability

I think the final thing I learned is that there is little difference in skillsets and technical expertise between the people within ASDT, and recognised brand leaders. My programming skills became obsolete after Basic, Pascal and Z80 Assembler were superseded, but I do retain some knowledge in that area. Even so, there are specialist developers within the teams of whose skills I am in genuine awe, working across the service, developing software and apps across several projects. When that expertise is recognised by the likes of Microsoft, who invited members of ASDT to present at one of their prestigious events, and by multinational security experts Trend Micro for not only spotting an issue with their software, but helping rectify it, you realise that the private sector does not have a monopoly on exceptional talent.

So, what have I learned? In essence, consultants are not only useful, but in certain circumstances, essential; that the MoD has some exceptionally capable and flexible people who are being allowed to flourish; and that MoDCloud will be a great success.

What’s more, it’s been an enjoyable experience learning these lessons. Here’s to many more. 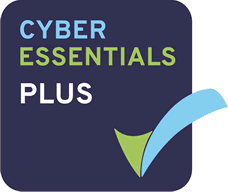 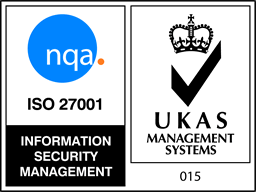 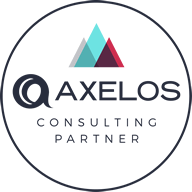 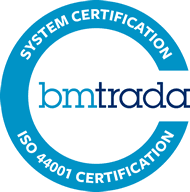