This article looks at what makes a great project manager (PM) and will assist potential PM’s to decide whether they are looking at the right career.

It frustrates me that I often hear people explaining they’re “…going to be a project manager…”, often as a second career, despite the fact they’re not suited to the role and have little idea as to what’s actually involved on a day to day basis. The key problem is it’s a generic term and the role in one organisation can mean something quite different elsewhere. In addition, it’s relatively straight forward to pass a Prince2 or APMP course and then make the claim, “I’m a qualified Project Manager!”.

So, in addition to qualifications, what other key factors should be considered? In order to make the perfect triangular combination, experience and skills need to be added. This article looks at what makes a great project manager (PM) and will assist potential PM’s to decide whether they are looking at the right career. Let’s consider what I see as the Top 5 areas…

A director at a major UK Life & Pensions business told me they were concerned when an outsource partner quoted a very low estimate for each policy administered. They spoke to their partner and stressed that they had no interest in driving the cost down to that level, stating “…I want both parties to be successful…”, which led to a revised estimate and ultimately a longer lasting and profitable relationship.

It’s vital that a PM knows what to communicate, when and to whom. Sounds simple, but the need for a ‘Comms Plan’ on all but the simplest of projects would suggest otherwise! They should challenge the ‘norm’ and re-use work wherever possible, for example, huge amounts of time can be wasted writing reports that are never read; all too often, work is carried out purely because “…that’s how we’ve always done it here…”, where a challenge to the requestor might be met with an agreement and new simpler way of working. A PM should seek feedback on a regular basis – this should not be viewed as a weakness, on the contrary, it should be viewed as part of a personal continuous improvement process…which leads us back to experience…

Simply passing the Prince2 or APMP practitioner course alone doesn’t make a great project manager, but with a sprinkling of experience, the right skills and behaviours will go a long way to ensuring success.

Whether you’re considering a career in project management, or deciding who to recruit, I urge you to consider the ‘perfect triangle’ (regardless of whether it’s equilateral) before making a decision! 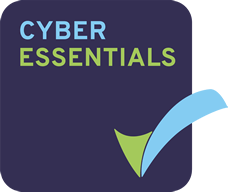 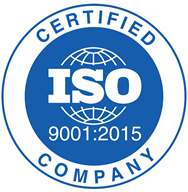